Bofors Test Center > About us > History

Defeating the impossible since 1886.

In 1886, Bofors established the company’s first firing range. however, the firing distance was just 150 m.

Development of howitzers and naval guns that required long ranges had to be performed at the Swedish Army’s Marma and Skillingaryd firing ranges or the Navy’s firing range in Karlskrona. When production of weapon systems and amunition greatly increased after 1910, so did the need for a larger firing range. Safety reasons were an additional motivation for closing down activities at the old 150 m range.

One important factor in the decision to build a new firing range was the order for 28 cm naval guns for the Swedish battleships HMS Sverige, HMS Drottning Victoria and HMS Gustaf V. The Swedish Naval Administration more or less demanded that the ballistic firings should be carried out at Bofors. Bofors had at that time bought the manor Villingsberg with its large woods. A perfect ground for establishing a new firing range.

In December 1912, Lt. Oscar Lundberg was employed as Range Officer, and his first duty was to start the preparations of the new firing range. By the end of 1913, the facility was complete. Although the actual firing range at that time extended no further than 13,000 m, agreements with various landowners made firing over significantly longer distances possible. Thus, late in August 1914, a 28 cm naval gun was fired up to a distance of 19,600 m.

A changing world. A new company.

After the Eastern Bloc fell in the 1990s the Swedish defence industry underwent a major restructuring and state-owned defence industry was merged with private defence companies. In 1999 the company Bofors Test Center, now owned by Saab Dynamics, BAE Systems and Eurenco Bofors, was formed. Bofors Test Center’s activities initially consisted exclusively of weapons and ammunition testing of its owners’ products.

Since 1999 Bofors Test Center has become an important contractor for testing of both military and civilian products at the international market. As a flexible, independent and impartial organisation we have performed, in Sweden as well as abroad, several complex test campaigns for some of the largest defence companies. Over the years, the experience from thousands of tests has created a cutting-edge facility ready to test the weapon systems of tomorrow. 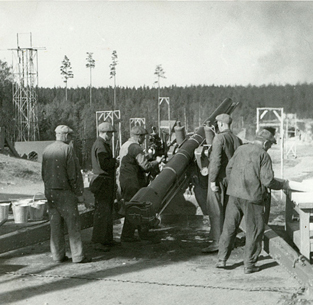 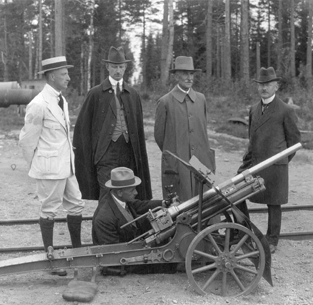 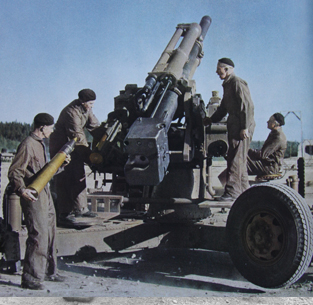